The sport of hockey

Many countries have extensive club competitions for junior and senior players. Despite the large number of participants—hockey is thought to be the field team sport with the third largest number of participants worldwide (after Football and  Cricket)—club hockey is not a popular spectator sport and few players play as full-time professionals. Hockey is a sport played internationally by both males and females.  It is an 11-a-side game with two halves of 35 minutes each. Unlike football, there is no off-side in hockey and a goal can only be scored by an attacking player striking the ball in the 'D' (similar to the the 'penalty area' in football). The modern game is very fast so top level hockey players have to be very fit, agile and skillful. Matches are contolled by two umpires; at top level the umpires are often able to communicate with each other using radio mikes. The latest outdoor rules are Outdoor Rules (2017). 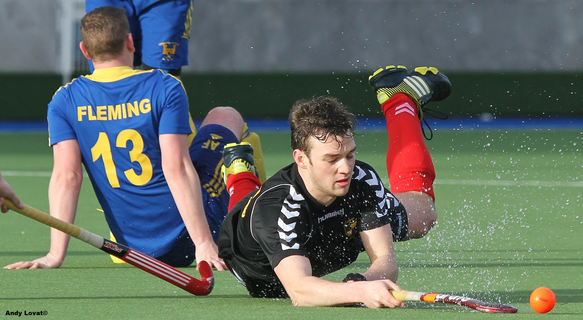 During the winter months when outdoor pitches are sometime unplayable, the game moves indoor.  There are significant differences to the outdoor game; for example, it is 5-a-side (possibly returning to 6-a-side for 2015) rather than 11, the field is reduced to approximately 40 m x 20 m; the shooting circles are 9m; players may neither raise the ball outside the circle nor hit it. The sidelines are replaced with barriers to rebound the ball. Here are the latest Indoor Rules (2017).

Contact us today if you are interested in finding out more about our club either as a player, official, coach or volunteer.

Details of Data Controller are